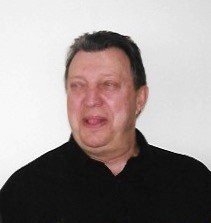 After surviving many years with health related issues, Dad passed away peacefully at the Norfolk Hospital Nursing Home.  Although his passing deeply saddens the family, we are immensely grateful for the recent time we spent with him.  Dad grew up in Waterford Ontario, son of Fred and Norma (predeceased) and brother to Jim (predeceased) and Jean.  He spent much of his time in the outdoors, either at the family cottage (Turkey Point) or in Muskoka where his father had a hunt camp near Huntsville ON.  An avid athlete, Dad loved the game of basketball and would continue to play well into his twenties.  Never one to shy away from adventure, Dad joined the Canadian Navy.  He would fondly tell stories of his time in the Canadian Arctic and all of the misadventure that befell him and his shipmates. Whether it was the many times they were stranded for long periods on end or his trade of a “good rifle” for a dog that was equal parts husky and wolf.  If not for his photographic evidence these stories would surely have been chalked up as sensational tales.  After serving in the Navy, Dad pursued a long and fulfilling career in law enforcement.  He joined the OPP, first working in the Niagara Region before settling in Muskoka, working out of the Bracebridge detachment until his retirement.  Dad’s love of the outdoors was often reflected in his desire to take the family, fishing poles, and canoe out to a secluded lake.  He spent many years hunting at the camp in Lewisham.  In his later years hunting gave way to scenic drives, with frequent stops throughout Algonquin Park in the fall.  Dad would never turn down sunny side up eggs (often fried in bacon grease), an opportunity to make his “famous Caesar Salad” or attending the yearly Parlardg family reunions.  He placed great value on a good joke, often retelling the great ones – most of them off-colour.  As Dad aged, especially as his health deteriorated, he taught us the importance of love, kindness and patience.  In his final days, he displayed courage and a quiet joyfulness.  Dad will be missed by his family including his children; Jeff, Holly (Kris) and Greg (Caitlin); his Grandchildren, Katie, Emma, Sophie; Stephanie, Tiffany, Angelina; Greyson and Asher and great-grandchildren.  The family would like to thank the staff and medical team at Norfolk Hospital Nursing Home for their care.  Dad has requested a private family service, and if so inclined, donations can be made to the Norfolk Hospital Nursing Home.  Funeral arrangements are entrusted with THOMPSON-MOTT FUNERAL HOME, Waterford 519-443-5332.

Share Your Memory of
ROBERT
Upload Your Memory View All Memories
Be the first to upload a memory!
Share A Memory