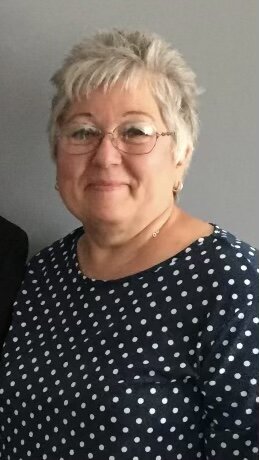 Please share a memory of DARLENE to include in a keepsake book for family and friends.
View Tribute Book

SMUK, Darlene – Peacefully at Norfolk General Hospital, Simcoe on Wednesday, December 21, 2002, in her 70th year. Darlene, beloved wife of Ted Smuk. Dear mother of Shaunne (and Hollie), Kimberly (and Fernando). Cherished grandmother of Daniel, Ryan, Selena, and Liliana. Fondly remembered by her brother Larry Sarafinchin (and Sharon), her uncle Bill (and Virginia) Danyluk, as well as nieces and nephews. Predeceased by her parents Kost and Kay (Danyluk) Sarafinchin. The family  would like to thank the staff of Brantford General Hospital B8, Hamilton General Hospital 7 West & 6 South. And a special thank you to the staff of 4B at Norfolk General Hospital.  Any donations can be made to Norfolk General Hospital or a charity of their choice in memory of Darlene. In keeping with Darlene’s wishes all services were private. Thompson-Mott Funeral Home, Waterford have been entrusted with the arrangements.

Share Your Memory of
DARLENE
Upload Your Memory View All Memories
Be the first to upload a memory!
Share A Memory