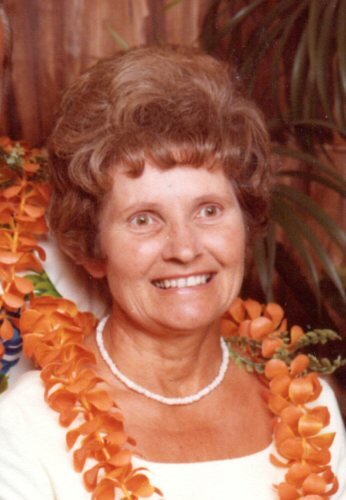 Please share a memory of MARY to include in a keepsake book for family and friends.
View Tribute Book

Mary Church of Waterford, passed into the loving arms of her Saviour Thursday, December 29, 2022, at home with family by her side. Mary was predeceased by her husband Vincent (1980), her grandson Jeffrey Jr. (2019) and her son-in-law, Brent Marcotte (2021). She is survived by eight children: Jim (Ann), Sandra Marcotte, Debra Simon (Robert), Wade, Judy Anstee, Jeffrey, Abby Church (Walt) and Daryhl (Anna). She is also survived by ten grandchildren and eight great grandchildren with one more due in February. She will also be missed by several nieces and nephews. Mary was born in Budapest, Hungary. She immigrated to the Toronto area with her parents and brother when she was 3 years old. Mary married Vincent Church in 1946 and moved to Norfolk County where she was a farm wife for many years before becoming a secretary at Waterford District High School. Upon retirement from the school board, she started another career in the travel industry which allowed her to travel the world. She toured the British Isles, most of Europe, Russia, South Africa, China, India, Indonesia, Australia, New Zealand, and Nepal. She visited many islands of the Caribbean, many States in the United States, including Alaska and her much loved Hawaii and even sailed down the Amazon. Mary was a wonderful cook and baker. Her family dinners were amazing and her potato buns, pies, torte’s, kolach and kifli were famous. Mary was a tiny lady, barely five feet, with a big heart. She will be greatly missed. Family and friends will be received at Thompson-Mott Funeral Home, Waterford on Thursday January 5th, 2023, from 6-8 p.m. Funeral service will be in the Chapel on Friday, January 6th, 2023, at 11:00 a.m. with visitation at 10a.m. prior to the service. Interment Greenwood Cemetery, Waterford.  As expressions of sympathy the family would appreciate donations to the Children’s Diabetes Foundation or the Alzheimer Society.

Share Your Memory of
MARY
Upload Your Memory View All Memories
Be the first to upload a memory!
Share A Memory