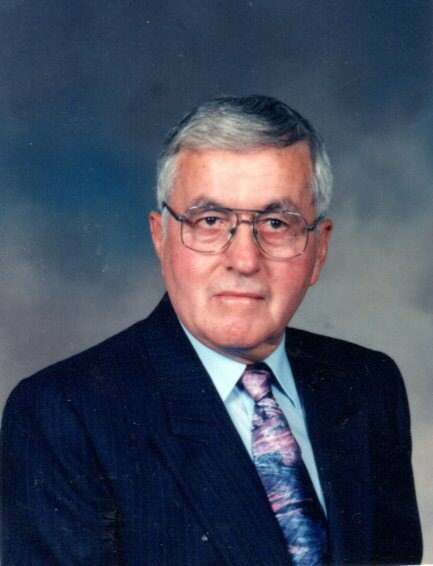 Please share a memory of FRANK to include in a keepsake book for family and friends.
View Tribute Book

SLOAT, Frank – Passed away January 4, 2023 in his 93rd year.  He was born in 1930 to parents George and Mabel Sloat (Curley).  Predeceased by his wife Rosemary (Sharp, 2008).  Father of Joanne (and Ron) Davis, Bradley (and Rosa) Sloat, Allison (and Stig) Rowe, and the late Erma Whitby (1992).  Survived by 9 grandchildren and 4 great grandchildren.  Predeceased by several brothers and sisters.  Frank worked for the Regional Roads Department for 42 years.  He had a love of gardening and a green thumb for house plants.  He loved to watch the birds.  Some would think he was the mayor of Boston.  He knew everyone and everything that went on in the village.  Family and friends will be received Monday January 9, 2023, from 4-7pm.  Funeral Service will be held in the chapel Tuesday January 10, 2023, at 11am.  Mike Woods officiating.  Interment Greenwood Cemetery. Those wishing may make a donation to Norview Lodge in memory of Frank – payable to Norfolk County.

Share Your Memory of
FRANK
Upload Your Memory View All Memories
Be the first to upload a memory!
Share A Memory