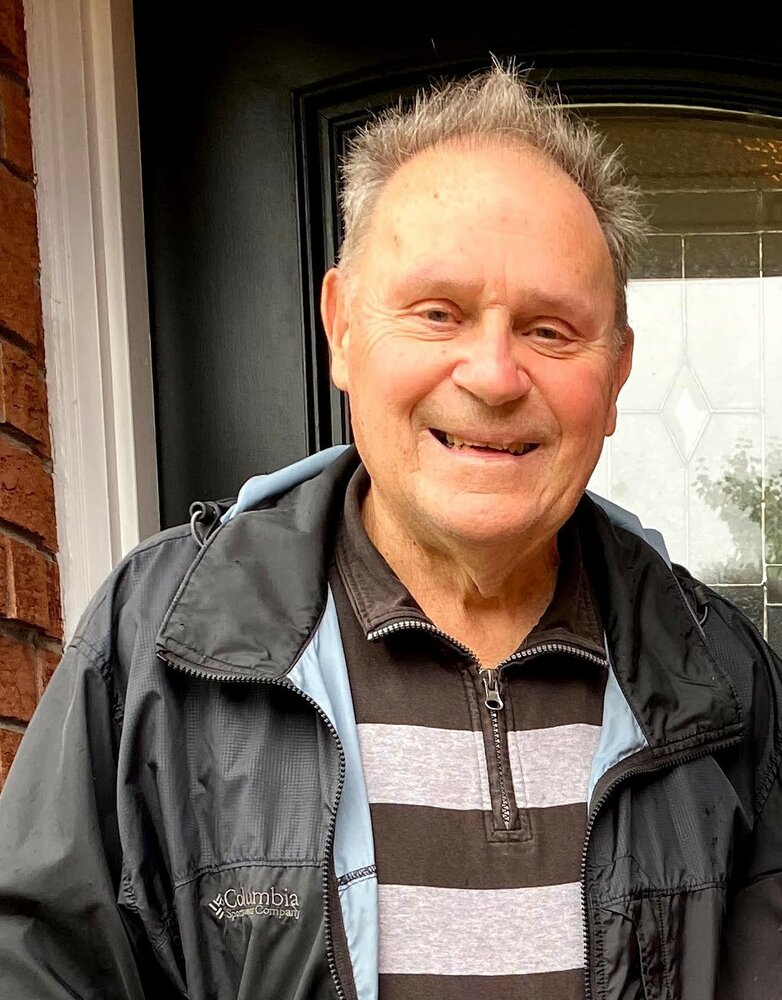 Please share a memory of BOB SR. to include in a keepsake book for family and friends.
View Tribute Book

Bob Defreyne formerly of Waterford, passed away on Monday, January 23, 2023, in his 85th year, after a courageous battle with cancer. Loving husband to Mary (Weiler) for 60 wonderful years. Adored father of Bob Jr. (Sue), Joanne (Barry Bubela), Kelly (Jeff) VanLeuvenhage, and the late Jennifer (Jennifer Shepherd). One-of-a-kind and proud Papa to Chloe, Madi, Jordyn, Noah, Adam, Rachel, Devin, Caleb, and Max. Bob will also be dearly missed by his extended family and many friends. Everyone who knew “Duffer” remembers his kind and friendly demeanour, and witty one-liners.  Bob grew up on a farm in Cultus, Ontario. He joined the Bank of Montreal right out of high school and quickly worked his way up to manager. He ended his career as manager of the Hal-Nor Credit Union in Simcoe. Bob’s true passion in life was everything sport. He played competitive fastball, pitching for many   teams; special mention to his glory years with the Waterford Oldtimers. He also curled and played golf into his 80s. He enjoyed bowling, fishing, and hunting. Bob was also a professional spectator, who could be found most evenings watching any sport on TV. He was a die-hard Cleveland fan, never missing a Guardians or Browns game, even if he had to listen on the radio. He dedicated his time to coaching his kids in fastball and enjoyed watching his kids and grandkids play their many sports.  Bob was particularly proud to be a founding member of the Waterford District Community Foundation. He was also a dedicated member of numerous community clubs and organizations, including the Waterford Lions Club, Waterford Legion, Simcoe Curling Club, H2OFord fishing club, Waterford Tri-Cats, Probus, St. Bernard Church Finance Committee and Claren Bay Hunting Club. Family and friends will be received on Thursday, February 16, 2023, at the Waterford Legion Branch #123 from 3-7pm, with memories being shared at 5pm.  In lieu of flowers the family requests donations to be made to the Waterford District Community Foundation.

Share Your Memory of
BOB SR.
Upload Your Memory View All Memories
Be the first to upload a memory!
Share A Memory